Warning: Declaration of Walker_Portfolio_Filter::start_el(&$output, $category, $depth, $args) should be compatible with Walker_Category::start_el(&$output, $data_object, $depth = 0, $args = Array, $current_object_id = 0) in /home/customer/www/harper21.com/public_html/wordpress/wp-content/themes/aware/admin/theme-functions.php on line 116
 My Son, Drugs and Me | Harper21

My Son, Drugs and Me

My Son, Drugs and Me is an unflinching documentary which follows two mothers devastated by the damage drug addiction afflicted on their families. Drug addiction is every mother’s worst nightmare, regardless of income, class, personality, background, education, it can strike without warning and tear a family apart.

These parents have been pushed to the limits by their sons; who have stolen, cheated, and lied to them to the extent that it was no longer possible for them to remain in the family home. 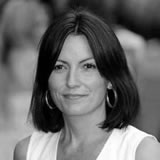 The film is narrated by Davina McCall who has been a Patron of Focus12 since it first became a charity in 1997. She is a hugely active TV presenter. Davina, who is in recovery herself, brings a huge amount of energy and enthusiasm to all aspects of Focus12, an independent charity providing drug and alcohol rehabilitation through both residential and day-care facilities, which features in the documentary.